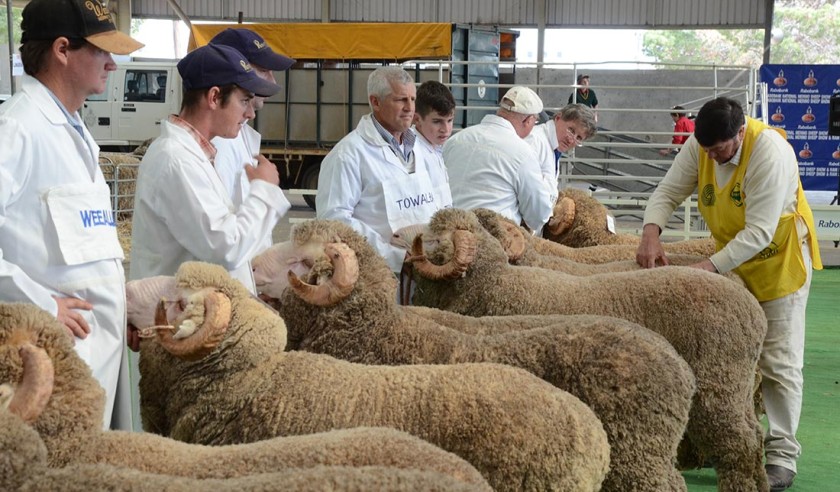 FOURTEEN Merino stud members of the Midstate Merino group will offer more than 1400 Merino and Poll Merino rams at their individual on-property sales during four weeks from the second week of September through to the end of the first week of October this year.

Six studs will also conduct their own on-property inspection days while others will participate in the South West Slopes Merino Field Day.

Studs will promote their annual ram offerings in different ways, however, what is important to remember is that they are all from the middle of NSW and offer a diverse range of Merino genetics unsurpassed by few other regions in the state, according to Midstate Merino Group president, Colin Collits, Maybrook stud, Narromine.

“Merino rams from the Midstate region have been selectively bred for generations within low and high summer and winter rainfall areas from the Western Plains east to the Central Slopes and Tablelands.

“Their wool measurements range from 18 to 21 micron and they survive feast and famine, drought and wet seasons in their stride.”

Mr Collits said the Midstate Merino had been genetically modified by Mother Nature and intelligent animal husbandry by dedicated studmasters over many decades so their wools would withstand the heavy rains as well as the dust of stubble paddocks after harvest.

“What’s more, stud breeders had kept in tune with consumers who had turned their backs on wool for some time, but had acquired an insatiable taste for lamb.

“The dual-purpose Merino is now not only continuing to grow the softest quality wool and plenty of it, but also producing larger framed lambs which are finishing off grass or grain and ending in the baking dish, frying pan, grill or barbecue.

“These producers can meet the lamb market while also taking the bonus dollars from lamb’s wool also produced which is worth good money as well.”

Mr Collits said the Midstate Merino seedstock producer had the genetics right to produce wool and meat equal to the highest standards in Australia.

“Our Merinos thrive in the mixed-farming conditions of central NSW, whether they are on native natural grasses, improved sown pasture or purpose-grazing crops.”

He said this was the 32nd year since the group had been formed and each member was concentrating on their own stud promotion.

“However, we have the Elders Premier Merino Hogget Ram of the Year competition still as a highlight of the first day of judging during the Rabobank Dubbo Merino National Show and Sale which is a wonderful spectacle among group members and the general public,” he said.